As the recent war between Russia and Ukraine has escalated in the past few weeks, the world has turned their heads towards the leading democracies in support of Ukraine. The countries of the West have fully supported Ukraine and their people; the United States and the United Kingdom being at the forefront. It would be presumed that the largest democracy in the world would be in full support of Ukraine as well. Yet, the democracy of India has not clearly taken a side within this conflict. During meetings of the United Nations Security Council, India has abstained from voting on resolutions that would have condemned Russia’s actions (Kuchay, 2022). They have chosen not to vote five times so far, reasoning they had a “commitment to the principles of the UN Charter, to international law and respect for sovereignty and territorial integrity of all states” (Shankar, 2022). In a phone call between Russian President Vladimir Putin and the Indian Prime Minister Narendra Modi, India simply called for dialogue and a ceasefire (Kugelman, 2022). To fully comprehend their position in this recent world conflict, the tedious relationship between India and Russia must be understood. If India takes a side, conflict will arise from either Russia or the West.

India and Russia’s relationship today is beneficial for both parties militarily and economically. India is the largest importer of Russian arms at 23.3 percent with China following closely at 18.2 percent. Russia is the world’s second-largest arms exporter after the US. The forty-five countries that Russia has sold their weapons to have allowed Russia to have a great influence in their politics. These include Middle Eastern, Western Asian, and African countries that have recently shown their support of Russia (Al Jazeera, 2022). During the week of March 13, 2022, India was given a discounted deal when they agreed to purchase three million barrels of Russian oil (Shih, March 2022). This oil is needed as India is the world’s third largest oil importer behind China and the United States (Goshal, 2022.) India buys a majority of its oil from the Middle East with Iraq leading at 23%, Saudi Arabia at 18%, and the United Arab Emirates at 11%. The US follows as its fourth largest source. As the US is a prominent member of the West, they have condemned Russia with heavy sanctions and stopping trade. India would normally buy oil from the US over Russia, however, by dealing with Russia they would evade potential sanctions. India would potentially be sanctioned by the US because of the West’s condemnation of trade relations with Russia. This transaction happening during the height of the Ukraine-Russia conflict has clearly shown India’s efforts of maintaining relations with Russia and not following Western actions (Miglani, 2022).

India’s continued tedious relationship with Russia is striking when comparing India and the EU’s previous trade. Trade between India and the EU from April 2020 to March 2021 stood at 68.5bn while in the same period Indian-Russian trade merely stood at 8.1bn (Shankar, 2022). However, the Biden administration has not criticized India for buying the oil, as they see letting this trade as a crucial part of countering China’s reach in the Indian trade sphere. White House Press Secretary Psaki replied when asked about the Biden Administration’s stance on this purchase of oil, “I don’t believe this would be violating that [sanctions]…But also think about where you want to stand when history books are written at this moment in time. Support for the Russian leadership is support for an invasion that obviously is having a devastating impact.” (Psaki, 2022). Although this trade would not violate any US sanctions, it does reflect support for the Russian side of the current conflict.

India is just one of the many countries that are continuing to maintain trade relations with Russia. Even when the U.S. and Britain publicized their domestic bans, allies in NATO in Europe have continued to purchase from Russia (Shih, March 2022). Still, India has gone further than these countries in their attempts at maintaining a relationship with Russia. The Russian Deputy Prime Minister Alexander Novak and the Indian Oil Minister Hardeep Singh Puri recently had a phone call where they discussed the possibility of, “further attracting Indian investment to the Russian oil and gas sector and expanding Russian companies’ sales networks in India” (Goshal, 2022). The Indian government is attempting to maintain trade by bringing a Cold War-era arrangement of a rupee-ruble trade (Shih, March 2022).

These actions show how the relationship between India and Russia has been amicable and will more than likely continue to be friendly. Michael Kugelman, senior fellow for South Asia at the Wilson Center and writer for Foreign Policy, says of this relationship:

“Indian leaders often speak of Russia as India’s closest and most reliable friend, a country that has never had any sort of crisis with India. And they see it as a country always willing to help India out on the global stage, including at the UN, where Russia’s voting patterns on issues like Kashmir have supported  India” (Shankar, 2022).

India and Russia are both central members of the UN, BRICS (Brazil, Russia, India, China, South Africa), G20 (Group of 20), and SCO (Shanghai Cooperation Organization). BRICS and SCO are organizations of international bodies that do not include any Western countries, leaving India and Russia to have heavy influence among those countries (Andreeva, 2015).

This friendly relationship between India and Russia appears to conflict with the ties between India and the US due to the US’s past conflicts with Russia. A former Indian ambassador to Russia was interviewed by Aljazeera and was asked about India’s relationship between the US and its effect on their relationship with Russia. He does not believe the relationship between India and Russia counteracts India’s relationship with the US saying, “[the conception of a balancing act] is actually a creation of the media and some of the academic community.” He purports that India’s choice of actions are not aimed to please either the US or Russia saying, “We don’t have any binary in the international system any more after the Cold War.” He suggests India has no bias in their decision making to please either country. Michael Kugelman summarizes this same opinion of India’s political choices saying that India makes their decisions, “on its own terms” and that other countries cannot do anything to influence or change their decisions or opinions in the political arena (Shankar, 2022).

India and the West

India’s independence and abdication of choosing a side between the West and Russia can be seen within the last decade (Shih, February 2022.) Like the current conflict, the acts of Russian aggression during the Crimean conflict in 2014 were not criticized by India. However, since 2014, the relationship between India and the US has slowly been strengthening through the alliance in the Quadrilateral Security Dialogue. The Quad includes India, Australia, Japan, and the US. China believes they have precedent through “historical rights” to assert their authority over the Philippines, Malaysia, Vietnam, and Taiwan. The countries of the Quad have formed in opposition to these claims. A 2016 United Nations tribunal condemned China’s actions and rebuked their assertion of legal authority in this region. They ruled they had no legal authority to challenge these countries and their established laws. Nevertheless, this ruling against China has not affected their actions (Rasheed, 2020).

The Quad recognizes the extent to which China would punish these countries with economic sanctions because of any unwillingness to cooperate under their rule and aims to protect and defend them. This unity of egalitarian societies within the Quad would appear to be a symbol of a definite alliance between India and the West. A powerful Asian country has overstepped their boundaries and India chose to side with the West. Yet, this relationship is not as fully developed as the West may expect. There is still a hesitation to side with the US, even in the face of conflict. The border conflict with China in 2020 killed 20 Indian troops, yet India denied a declaration of alliance with the United States (Biswas, 2020). As Michael Kugelman summarizes, “For India, Russia remains a challenge to be managed-not a threat to be countered.”

The conflict between Ukraine and Russia will test the level of neutrality India will be able to commit to as the violence rises and more countries of the West act. India’s trading relationship with Russia is held in the balance as they maneuver their amicable relations with the West. Russia’s relationships between China and India geographically and trade-wise adds more factors that must be considered. If India takes a side, it will bring conflict from either Russia or the West, the choice is up to them. 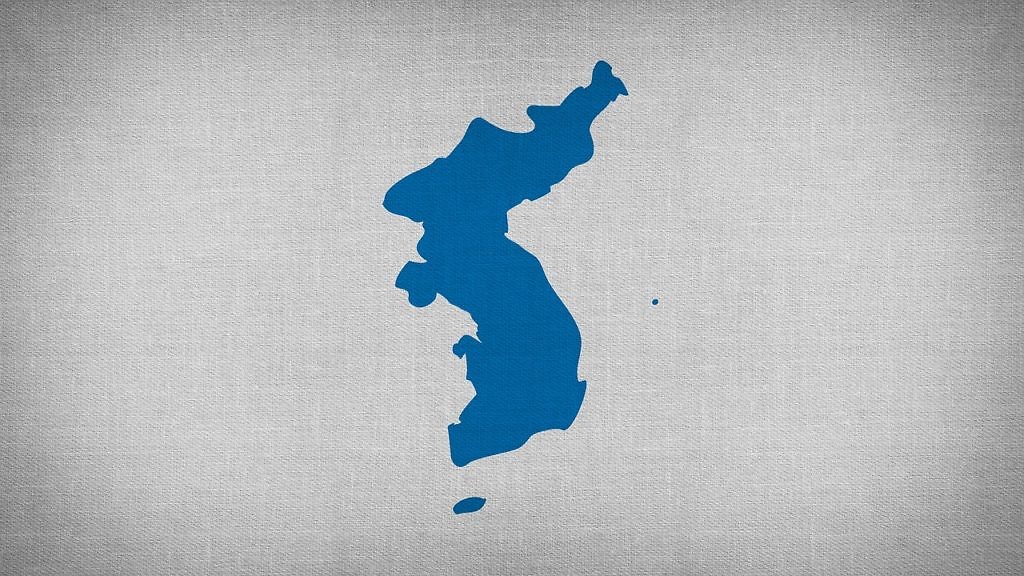 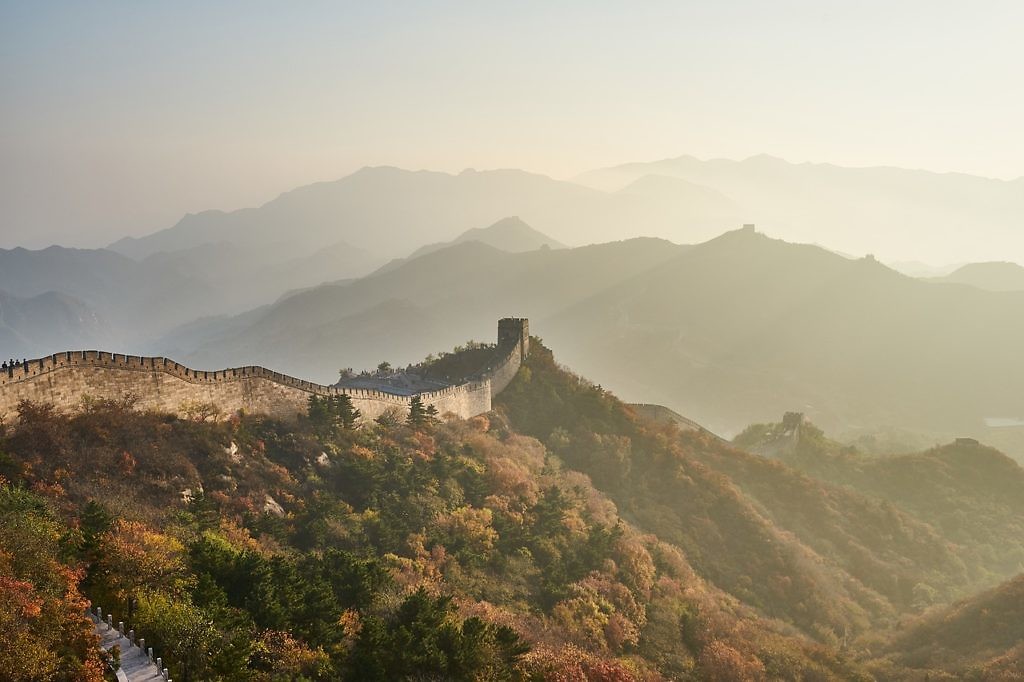